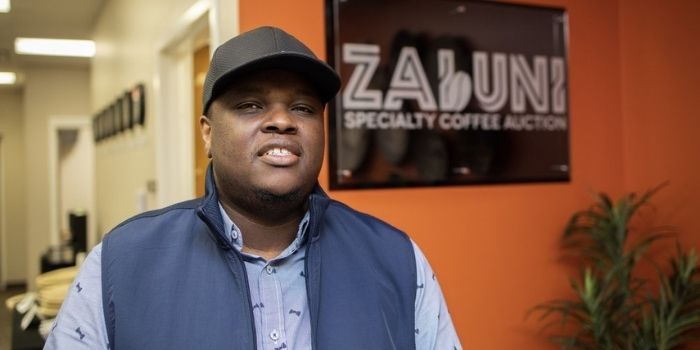 As Kenyan coffee farmers denounce the government’s failure to compensate them accordingly for their contribution in the well-capitalized industry, one Kenyan has taken it upon himself to make sure they are paid well for their sweat.

Born and raised in Kenya, Laban Njuguna of Zabuni Specialty Coffee Auction has taken on the task of bridging the gap between Kenyan coffee growers and the vast US coffee market with the aim of fostering the growth of the industry in Kenya.

Raised in a Kenyan middle class family, Njuguna has a good knowledge of the coffee industry as some of his family own a few plantations, and when he moved to the United States to continue his education, he noticed that the coffee sold in Nebraska where he lives was very expensive and the supply very irregular.

Bags of Zabuni coffee in a supermarket in Nebraska, United States on Saturday, November 6

He first started out in the trucking industry, where he transported agricultural products to America, but felt the need to enter the coffee business as he was knowledgeable due to his experience in Kenya.

His business, which he co-founded with his wife, Cora Huenefeld, connects Kenyan coffee growers and American buyers by auctioning their coffee online, which interested buyers auction off in online or in person on different coffee brews offered by farmers.

The Zabuni company aims to eliminate the role of middleman, linking farmers directly to buyers, which increases their profits as no third party benefits from the sale of their coffee.

The company also bears the cost of transportation and storage as coffee received from Kenyan farmers is shipped and stored in the company’s air-conditioned warehouse in Nebraska.

It draws on his experience in Kenya, as he understands the work of growing coffee, which is mostly non-mechanized, involving the picking, drying, sorting and manual transport of the precious commodity to factories. According to him, it is an injustice to farmers when they do not receive the benefits of their hard work.

Not everyone Njuguna meets in the industry becomes a fan of their business model. Zabuni’s method draws criticism from people in the supply chain who feel they are losing value. “You have to have pretty hard skin. But I love this industry. His passion is contagious, ”he said in an interview with an international publication.

On Wednesday October 20, President Uhuru Kenyatta, in his Mashujaa Day address, asked the National Treasury to allocate the KSh. 1 billion to the Ministry of Agriculture to be allocated to the completion of ongoing targeted interventions in the coffee sub-sector.

These funds will accelerate reforms in the sector such as the revitalization of the New Kenya Planters Coffee Union which has established healthy competition in coffee grinding activities. 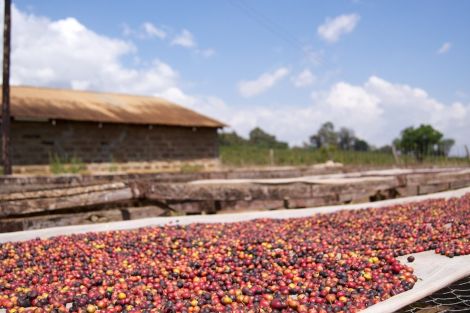 Aerated coffee to dry after harvest in Kenya