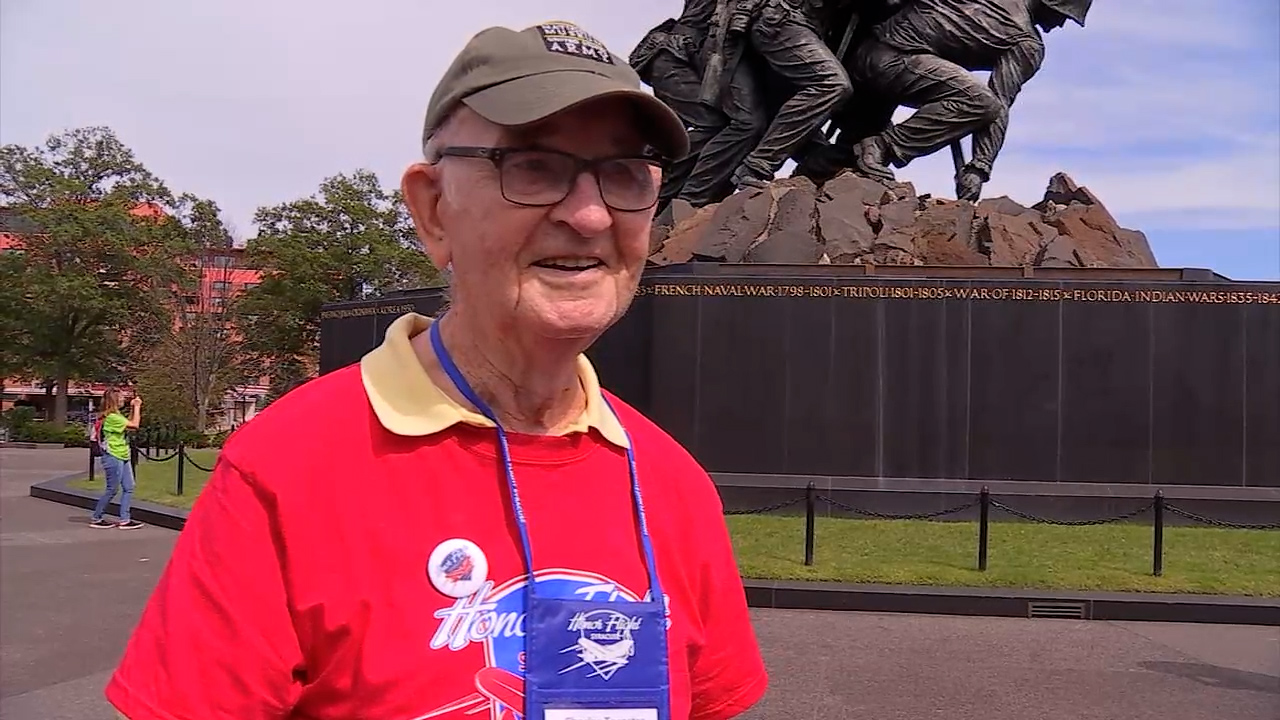 This week, NewsChannel 9 and LocalSYR.com honor the military in central New York City with a series of special reports from Washington, DC for Honor Flight Syracuse’s Mission 15, culminating with a Veterans Day special, “Veterans Voices” at 7 p.m. on NewsChannel 9.

WASHINGTON, DC (WSYR-TV) – For most of the people who served in Korea, war was a work of life and death. On his trip to Washington, DC with Honor Flight Syracuse, Charles Terpstra, of New Hartford, admits his job was quite enjoyable.

Charlie was a baker and cook for the US Army. His 14 months of service were spent feeding his comrades and the Korean natives with a team of five locals in a kitchen run by a generator.

He recalls, “They would take the donuts out of the grease and throw them in a cardboard box. They had hardened overnight. In the morning, five trucks came with five women from the Red Cross. They were distributing coffee and donuts all over Korea to boost morale.

It was the first time that Terpstra wore the uniform, but not his first war. Growing up in Holland, he helped his grandfather run an underground railroad that saved many lives. The so-called “Dutch Paris” helped 1,500 Jews fleeing the Nazis to safety in Switzerland and Spain.

At 18, Charlie moved to the United States and enlisted.

Of the joy he brought to people when it was most needed, Charlie said, “You feel great. Even if you didn’t make a lot of money, you made a lot of money.

He’s not kidding. Charlie turned his war mission into a full-time career. He spent decades baking birthday and wedding cakes at Holland Farms in Yorkville and rose through the ranks to become president of the Mohawk Valley Bakers Association.