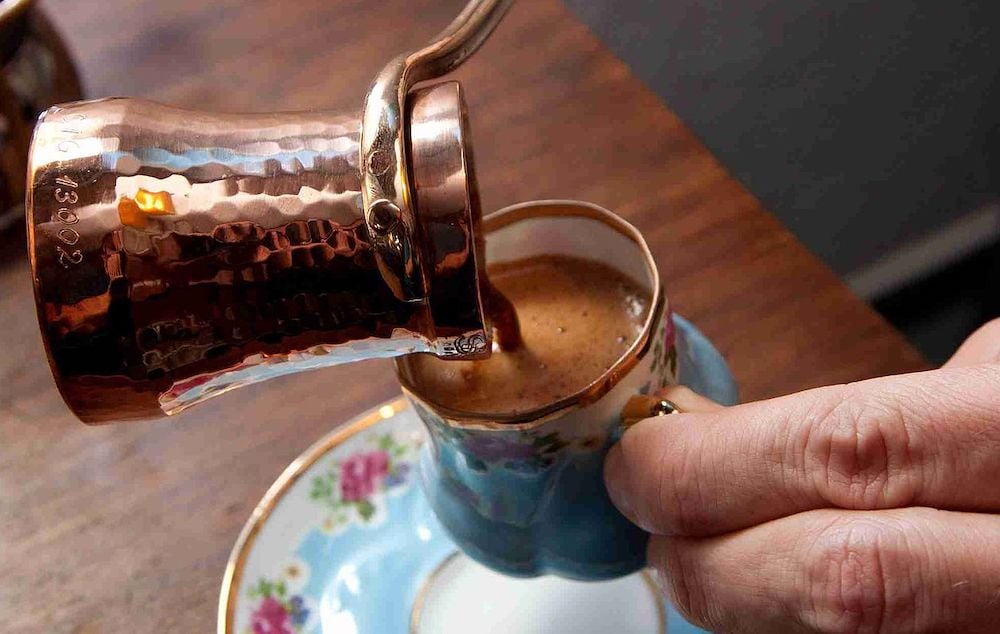 Reading fortunes in the grind of a Greek cup of coffee has been a tradition that has lasted for centuries, making the reading of a cup of coffee an act that ranges from a few minutes of pleasure to high (or threatening) expectations. for his future.

The art of cupography or cupomancy (kafemandeia in Greek), or reading one’s fortune in the remains of a drink in a cup, originates in China and is centuries old.

The fortune-teller’s reading of a cup of coffee, or “kafetzou” (ÎºÎ±Ï†ÎµÏ„Î¶Î¿Ï), is based on the idea that a person’s emotional, mental and physical state affects the forms formed in the residue of Coffee.

The vague images formed on the sides and bottom of a coffee mug are symbols that reveal something about the person and show things that might or might not happen in the future. There is a whole host of symbols that (mostly) older Greek women can read in a coffee cup.

The Greek tradition of reading fortunes in the cafe

Greek tradition has it that young, single women go to the coffee mug reader to find out if there is a future groom online for her. Or a young man would ask the fortune teller if he would find a good job that would help him start a family. Overall, like reading your horoscope, people mostly care about what the future holds when it comes to love and money.

In these times of economic crisis, some Greeks are turning to coffee cup readers more often to see what the future holds, primarily on financial matters.

The custom has faded over the past three decades because it is outdated. Also, many women were afraid to say that they were going to a coffee reader because that would mean they would have problems.

Nowadays, however, the tradition has made a comeback and it is considered a fun and interesting event.

Steps to reading your fortune in a Greek coffee cup

In a book called “I Tyhi Mas Sto Flitzani (Fortune in a Coffee Cup: Divination With Coffee Grounds), written by a woman who uses the pseudonym” Sophia “, which also means wisdom in Greek, the steps to read the residue of a Greek coffee mug yourself are described:

Greek coffee should be brewed in the traditional long-handled ‘briki’ and served in a small cup. If one wants answers to a specific question, one should focus on the problem while sipping the brew at a leisurely pace. Overall, it’s important to enjoy the experience and keep an open mind.

After the coffee is finished, the mug should be held facing out on its side and rotated three times clockwise, while pouring out the mud and simultaneously spreading it over the entire surface of the coffee. the mug. Any remaining excess should be poured from the side where the mug handle is. The mug should then be inverted on a napkin and left for a few minutes. Take this moment to breathe deeply and “read” what is in the cup.

Turn your cup over and hold it straight. Keep an open mind and don’t try too hard to see things. If you see something that looks like a particular symbol but not exactly, you are probably right. How you interpret things is up to you.

What looks like a legless eagle to you may be someone else’s flying donkey – asking for a second opinion is a good option if you’re unsure. Often the most important messages seem surprisingly clear.

Animals, initials, buildings, natural sites such as rivers, lakes or trees and many other things known to the human eye like a spoon or a bicycle can all be found in the mug.